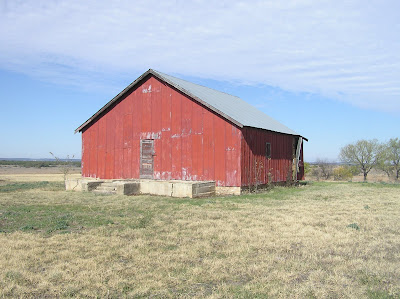 I am going to stray a bit from my usual topics and take a break from fretting about our foreign policy, George Bush, Pope Benedict, the Armenian Genocide, the banalities of our popular culture, as well my various observations of a religious nature, etc. Rather, I want to flesh out some jumbled thoughts and impressions that are never far from my consciousness. They are all of a family nature. Whether the writing of them will be therapeutic, or merely self-indulgent navel-gazing, remains to be seen. But I do apologize in advance, so don't feel compelled to read through all these ramblings.

In recent weeks, I have had the opportunity to spend time in the Texas Hill Country--that ruggedly beautiful region than fans out northwest, west and southwest from Austin. As much as I enjoy the scenery, the real treat is the approach to life one finds here—straight-forward and honest, little given to pretense, egaliterian, lively, yet laid-back. My own region of the state, by comparison, appears cramped, uptight and often given over to superficial pettiness. I recognize the romanticism in all this--there's clearly good and bad all over.

My roots are here, at least on the paternal side of things, though my immediate family has been gone for 70 years now. My dad’s leaving had everything to do with the cold, hard necessities of the Depression era. His life (and as a result, mine) was played out elsewhere, and in the measure of the world, done so with some degree of success. And yet, I have always believed that something special and meaningful was lost along the way. And so, I return here, time and again, whenever possible; looking for that intangible, and on occasion, catching a glimpse of it.

A distant cousin invited us to a Christmas barbeque at her ranch, which served as the excuse for the most recent excursion. Although she lives in Austin, she lovingly maintains the old 1870s farmhouse, and drives out several times a week. And her holiday get-togethers are always done up right—this year being a catered, chuck wagon barbeque out on the hilltop homestead. The connections are now remote—my closest kin there being a few remaining 2nd cousins of my dad. But my surname removes these gradations, and I treasure the time spent with these easy, gentle souls. I allow myself a little pride here, noting that the adjoining “mountain” (more like a butte, actually) bears our name and still gives testimony to the role we played in this place.

On the drive out, I made a quick detour by my grandparent’s last farm. My granddad had sold the earlier, old family farm in 1920. With his sisters living elsewhere and owning a 2/3 interest in the place, the decision was made to sell. And so they did. A succession of rented places followed; first by grandmother’s people, and then later among granddad’s, until he purchased this 160 acre farm in the late 1920s. There's no getting around the fact that it is something of a forlorn and melancholy site now. Yet, in my mind I can see the bustling farmstead in its day. They grew crops of all kinds--cotton, as well as row crops--raised beef cattle, kept dairy cows, sheep, horses, mules—altogether as diversied and self-sufficient a farm as could be. My granddad served on the board of the little school house located two miles south. And, most importantly, grandmother had a church of her faith within riding or driving distance. Theirs was a happy home.

My granddad was a forward-looking, optimistic sort—perhaps foolishly so. After the Stock Market Crash of 1929, agriculture and cattle prices dropped sharply. While prices were low, he figured that this would be a good time to expand. The leading local mercantile firm was happy to oblige and gave him more than enough rope. But agricultural prices had not stabilized, they had just paused before dropping off the precipice into nothingness. My granddad was a proud man and concealed their plight from his children, who really did not realize they were poor. My dad thought he was going to college. Granddad talked him into putting it off a year or two, and by that time it was out of the question. During this time, my dad when out to the Texas Panhandle (in the fall of 1933) to earn extra money by picking cotton. Some cousins were becoming well-established out there, and had a job waiting for him. He returned home for Christmas, only to find an empty and deserted farm. The lender had pulled the plug—taking everything, even my dad’s personal horse and saddle. This event, in turn, led directly to my grandmother’s untimely death 3 months later, which completed the tragedy. My dad had just turned 20 years old; his baby brother had just turned 3 weeks old. My dad and his younger brother had to go to work to support the younger children, wo were more or less farmed out among various relatives. So, the farm became a melancholy place in our collective family memory.

The little box house still hangs on, after a fashion. The porches are long gone, and recent owners have covered the structure in tin and used it as a barn and/or storage building. I stopped to have a look around. The back was more or less off the house, so I just hopped in. Since I was trespassing, I didn’t linger long. The wood floors remain firm and strong. The ceiling and some interior walls have been removed to facilitate storage. The room that must have been my grandmother’s kitchen lay next to the back porch. But I couldn’t tell where the stovepipe into the parlor had been. I recall the story vividly. My dad’s older brother, who always took him self very, very seriously, was entertaining his girl friend in the parlor. My dad and his younger brother snuck up to the attic room, taking along one of the family cats. Somehow, they managed to open the stovepipe and shove the cat down the pipe going into the parlor. The mayhem which ensued from a screaching, clawing cat, frantically trying to extricate itself from the stovepipe, brought a swift halt to my uncle’s wooing. My dad, ever quick-witted, made a hasty retreat down the stairs and out the back of the house. His younger brother, convulsing in laughter, was a little slower on the getaway and, unfortunately for him I suppose, by that time my granddad was waiting for him at the foot of the stairs. I smiled as I jumped to the ground from where the porch had been. As I walked back to my vehicle, I noticed narcissuses coming up in the surrounding pasture and wondered if my grandmother had planted them. And I also paused to wonder what all of our lives would have been like had they not lost the farm, had she lived to a ripe old age and if the family had stayed together? But such thoughts are not helpful and are not productive of anything. And worse yet, such thinking discredits and discounts the very real providence of God. And so I drove off, for my cousins, and the barbeque, were waiting.
Posted by Terry (John) at 5:48 PM