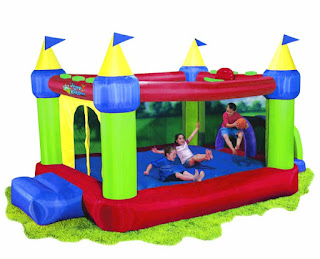 I recently had the great pleasure of taking a road trip with a favorite cousin.  We drove eight hours each way, and I can honestly say that the conversation never lagged on any leg of that journey.  We talked and talked and talked, about anything and everything.  Cowans require black coffee, but we are otherwise self-starters when it comes to the conversational arts.

Of course, we found our way to discussing matters of faith.  My cousin is a serious Catholic.  I use the word “serious” rather than devout because we are either blessed or cursed with an arid, acerbic wit that more or less precludes any of us from ever being categorized as “devout”.  I will just say that she takes her faith quite seriously, and has admirably raised two seriously Catholic offspring to boot.

In the course of her career, my cousin has been thrown much together with mainstream Protestant and/or Evangelical co-workers.    We discussed some interesting situations and conversations that arose from her often being the lone Catholic outlier.  And in the course of this discussion, she expressed curiosity about my own particularly gloomy outlook in regards to general American Christianity.
My cousin has perhaps not followed developments on this subject as I have (and is no doubt better off for it).  And so, I went off on one of my religious harangues.  As there were only the two of us in the car, I inflicted it on no one but my cousin.  I outlined what I saw as the sloughing-away of our broad Christianity, all across the board—from the demographic implosion of the mainline churches (primarily Episcopalians, Disciples and Presbyterians), to the ever-leavening influences within Evangelicalism.

To avoid any taint of triumphalism, I posited that the same factors would also decimate Catholic and Orthodox numbers.  The only difference, I believe, is that the apostolic churches have the historical legs to weather the storm and come out on the other side.  I envision no dystopian apocalypse.  The country will hum right along nicely, with people pursuing the same things they are pursuing now, only more so.  They just won’t be particularly Christian, and probably will not even feel the loss.  Of course, many of the other churches will still be around.  But in this country, you can apparently be something simply by saying that you are—the final triumph of the Will over Reason.  So, while many will no doubt still claim the name, they may not be recognizably Christian in any historical sense of the word.

This accelerating declension is harder to spot down here in East Texas and Dallas, where church is still big business.  But if you look around, the signs are clearly there.  The pool of adherents is diminishing.  Christianity is increasingly seen as something quaint and peripheral, and not even generally expected among people you know.  And if all anyone knew of the faith was the public face of it in this country, then who could blame them? (Think Joel Osteen’s smiley-face on the Barnes and Noble shelf, Mike Huckabee’s grandstanding with Kim Davis in Kentucky, or Robert Jeffress’ cringe-inducing public prayer at the Trump rally in Dallas).  If I didn’t know better myself and thought this was all there was to it, then my attitude would be that of Flannery O’’Connor--“then to hell with it!”

To bolster this view, one need look no further than a recent article in our local paper’s Religion section.  If I did not know that it was on the up and up, I would take it for a parody.  A young preacher has been called as the new pastor for a sizable Methodist church in our city.
To be honest about it, I have long harbored an illogical prejudice against this particular congregation.  Many years ago I did a job for the church’s long-time pastor.  He never made the slightest pretense of paying my invoice for the service I provided him—not a dime.  And so, when I would see him quoted in the newspaper through the decades, this is what I remembered!  And then about 30 years ago, I bumped into an acquaintance at the coffee shop one morning.  He is about 20 years my senior and is a member of this congregation.  After talking about a play or something they were hosting at this Methodist church, he asked me where I attended.  After I told him, he proceeded to take me to task for my church’s negligence when it came to women’s rights and the role of women in the church.  I was a bit taken-aback by it and fortunately did not respond as I was inclined to do.  Let’s just say that my personal knowledge of his background led me to discount any advice he would give on this particular subject.  So, there they are—my ingrained prejudices!

That said, I certainly wish them no ill will.  The fresh young preacher from SMU’s Perkins School of Theology desires “to lead the church in the direction it wants to go,” and states that “the grand plan is to reach out beyond the church walls to strengthen the community…[by] sponsoring soccer and softball teams, putting on block parties, partnering with local ministries and developing more relationships with local schools.  In addition…there are plans to provide community workshops about issues such as bullying, identity theft, financial planning and debt reduction….As part of reaching out to the community, the church wants to bridge the gap between the older and younger generations and minister to people in their 20s and 30s.  Some of the plans to do this include having free family movie nights with popcorn and drinks and a barbeque and bounce house night for the neighborhood.”

The new pastor obviously felt a need to tag something at least vaguely spiritual in all this community outreach.  He expressed a desire to “really connect with people and help them grow in their relationship with Christ…. ‘It’s what Jesus did…Jesus went out and met with anyone and everyone.  We need to do the same.’”

The services themselves ought to be fun, noting that “he tries to make the services interactive and incorporate multiple senses.  Some examples include using flash paper for a Bible story that involved fire and passing out Fig Newtons for a story that involved a fig tree.”  No doubt he had to dig deep for that one.

You get the picture.  I have a prediction for the young pastor—none of this is going to work.  One thing that jumped out at me from the story was the fact that they had canvassed the neighborhood in a one-mile radius, finding that one half of the residents were unaffiliated with any church and saw no need to be.  A few years from now, this thoroughly upper middle-class neighborhood’s statistics will be even worse.  Nobody will be brought in by these tricks.

In my conversation with my cousin, I remembered commenting that I had never not believed in God.  I had always believed and never gone through a period of doubt.  Mind you, I have rarely lived as if I believed, but that is a topic for another post.  What I did not mention to my cousin was that for as long as I can remember I have also been convicted of my own need for repentance.  I am blessed beyond measure to be in a place (a Church) where I can work all that out.  But for the life of me, I do not see any room for it in the community center masquerading as a church outlined above.