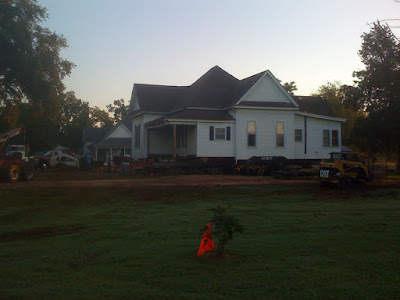 The first house in our neighborhood went up in 1906, a 3-story late-Victorian pile that was home to our town's leading doctor. Our much more modest-sized house next door, came along in 1908, followed by 4 or 5 similar homes built within the next decade or so. At that time, our neighborhood was considered the new part of town, with each of these spaciously-located homes situated on a bit of acreage. 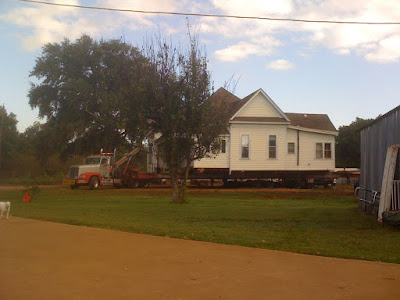 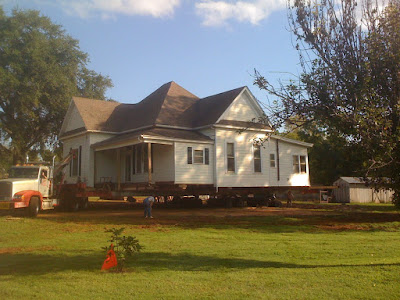 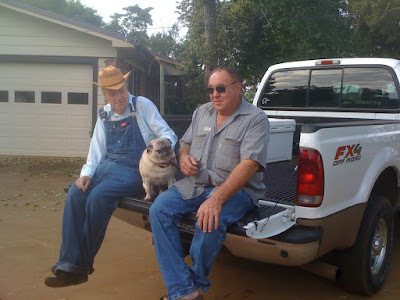 About 1912 or so, the doctor built one of these homes as a wedding gift for his daughter and new son-in-law. The doctor died in the flu epidemic of 1919, and it wasn't long before all his family had moved on elsewhere. A second family lived in the daughter's house for over 25 years. Then in 1950, they built new and sold the house to its third owners. This couple raised 4 children in this house, one of whom I had the great privilege of marrying a number of years ago. 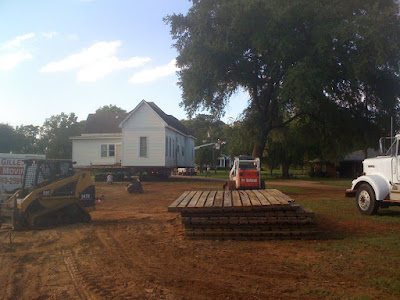 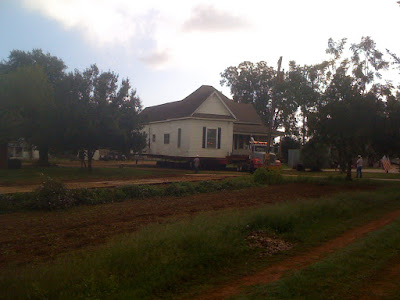 Along the way, different owners bastardized the house in all the usual ways: wooden porch replaced with concrete porch and pillars, portions of the wrap-around porch enclosed, ceilings lowered, aluminum siding and windows, carpets covering the wood floors, etc. But despite all these improvements, the old house was solid as a rock, built like a battleship. 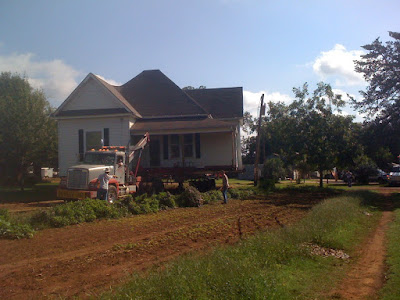 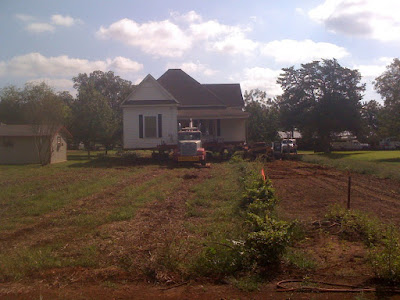 When my mother-in-law passed away in 1995, the home place went to my wife's youngest brother, who kept the place as rental property until recently. He and his wife are moving back to our town. Initially, they considered remodeling the old home place, but soon decided to build a new house on the site. This presented the family with a dilemma, as everyone was loath to see the old house torn down, and perhaps just a little apprehensive as to how my wife would react. I actually took it harder than she did. In my view, it would be a sin to tear down the home. To make a long story short, they gave the house to my wife and we are moving it 250 ft. to the vacant garden lot adjacent to our home. These old houses do not last forever (though this one may very well outlast the new home replacing it.) The things we build are every bit as corruptible as we are. So, this old house will indeed one day fall into ruin. Just not on my watch. 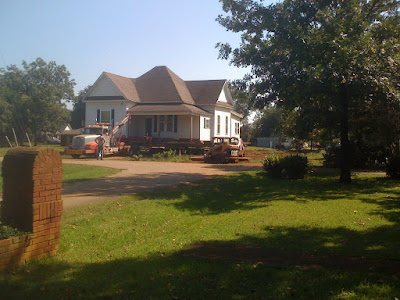 Nice pictures, and well done saving the house! I fully agree with you about those "improvements". Enclosing the porches is one that really kills me.

Wow. I would want to save this house as well. What are you going to do with it?

JM, we will be removing the enclosure so that it will once again have a wrap-around porch.

Elizabeth, it will be a rent house, I suppose. Given these economic times, we are limited as to what we can do to restore the house. I would love to take out the lowered ceilings, etc. But for now, we will have to be content mainly with cosmetic work--new paint and counter tops, etc.

Wow: great photoblog and story. And well done on you for saving it -- a lovely house.

A beautiful account. My mother-in-law lives in a beautiful old farmhouse in WI that my wife lived in from ages 5-18. She sometimes talks about moving. My wife's connection to that home is such that loving it is a part of loving her. What an honourable task you have set yourself to here.

Those who are faithful in small things....

Hi. Beautiful photos. I always admire when people can load the entire house on a big truck and move or shift it. I live in house which is made of bricks. It is also little bit old and it would be great to change the location but it is not possible.

So glad you saved it, love the pictures. The house my dad lived in as a teen was moved across the street to make room for the interstate (in Louisville, KY), he loves to tell the story of everyone coming over to watch it be moved. I have that kind of connection with the house my mother grew up in; my aunt had to sell it in 2004. The new owners seem to be taking good care of it, but I still can hardly think of it without crying.

Very cool! What a great plot of land you must have to be able to do this. I'll come live in it and work on it for room and board. It looks like you have plenty of grass for Moo. :)

s-p,
This plot of land is my wife's, which she inherited from her parents, so it is a bit ironic that their house will sit upon it. Too bad I already have a contractor lined-up--but then, if you came here, you might never want to return to AZ, ha!

Bravo for saving the house! That is one great property worth keeping. Good job! :) How about other stuff inside? Did you get the services of removalists to take care of them?

Impressive job! A house with that kind of story truly deserves to be preserved in any way possible. It's rare to see houses being moved nowadays but you did it anyway. This house might be as hard as rock, but to be sure, hire professionals to land the house properly. How is the state of this house today?

Its classic and elegant design makes it worth to be preserved. Years have passed already, and I hope you’re still residing at this beautiful home. If not, I hope you sold it to responsible owners so your house will be in good hands. How are you now? :)

I can only imagine how difficult it was for you when you were about to sell the house. Living in a cozy place and a warm environment makes it hard to move out and start a new life again. How are you now? Have you posted any update about selling this house? I hope you can spare some time in sharing how your recent house looks like. :)

Unknown said...
This comment has been removed by the author.
7:39 AM