"We are not leaving" 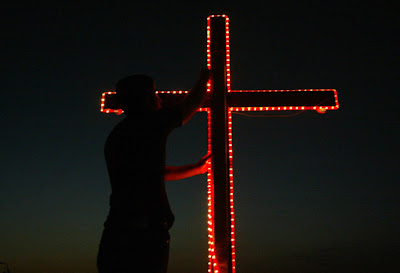 This dismal plight of the Middle East's ancient Christian communities is a recurring topic of this blog. I have not addressed the subject lately, perhaps somewhat out of discouragement, as the news--outside of Syria and Jordan--remains unremittingly bleak. The recent slaughter of the faithful in Baghdad's Sayidat al-Nejat Cathedral is as horrific as anything that has been reported since the American invasion of 2003.

Robert Fisk is a columnist and commentator for The Independent. He has been based in Beirut for many years, and his writing on the region is some of the most perceptive available to Western readers. I consider Fisk's The Great War for Civilisation to be essential reading. Two of his recent columns address the worsening Christian position: Exodus: The Changing Map of the Middle East and Only Justice Can Bring Peace to this Benighted Region. A few excerpts, below:

Across the Middle East, it is the same story of despairing – sometimes frightened – Christian minorities, and of an exodus that reaches almost Biblical proportions. Almost half of Iraq's Christians have fled their country since the first Gulf War in 1991, most of them after the 2004 invasion – a weird tribute to the self-proclaimed Christian faith of the two Bush presidents who went to war with Iraq – and stand now at 550,000, scarcely 3 per cent of the population. More than half of Lebanon's Christians now live outside their country. Once a majority, the nation's one and a half million Christians, most of them Maronite Catholics, comprise perhaps 35 per cent of the Lebanese. Egypt's Coptic Christians – there are at most around eight million – now represent less than 10 per cent of the population.

Yet nowhere is the Christian fate sadder than in the territories around Jerusalem. As Monsignor Fouad Twal, the ninth Latin patriarch of Jerusalem and the second to be an Arab, put it bleakly, "the Israelis regard us as 100 per cent Palestinian Arabs and we are oppressed in the same way as the Muslims. But Muslim fundamentalists identify us with the Christian West – which is not always true – and want us to pay the price." With Christian Palestinians in Bethlehem cut off from Jerusalem by the same Israeli wall which imprisons their Muslim brothers, there is now, Twal says, "a young generation of Christians who do not know or visit the Holy Sepulchre".

The Lebanese journalist Fady Noun, a Christian, wrote a profound article from Rome last week in which he spoke of the Christian loss as "a great wound hemorrhaging blood", and bemoaned both Christian division and "egoism" for what he saw as a spiritual as well as a physical emigration. "There are those Christians who reach a kind of indifference... in Western countries who, swayed by the culture of these countries and the media, persuade eastern Christians to forget their identity," he wrote.

And while Western Christians routinely deplore the falling Christian populations of the Middle East, their visits to the region tend to concentrate on pilgrimages to Biblical sites rather than meetings with their Christian opposite numbers.

Americans, so obsessed by the myths of East-West "clashes of civilisation" since 11 September 2001, often seem to regard Christianity as a "Western" rather than an Eastern religion, neatly separating the Middle East roots of their own religion from the lands of Islam. That in itself is a loss of faith.

The West is powerless to help those fearful Christians. The actions of "faith-based" politicians – the Christian faith, of course – has brought about a new Christian tragedy in the Middle East. (The fact that I met several Americans in California recently who thought Christianity was a "western" religion rather than an eastern one probably says more about America than Christianity.)

I'm afraid it's the same old story. Justice will bring peace – not intelligence wars against "world terror". But our leaders will still not admit this.


At Coffee Hour today, I had a pleasant, but serious conversation with a Syrian couple visiting from Aleppo. The husband, Ibrihim, is a quiet-spoken and dapper man who teaches high school mathematics. His wife, a bit more voluble, teaches music. He spoke with pride of their 5 children--a son here, another in Phoenix, and 3 daughters in Syria. Three of the children are doctors. We talked about Aleppo, the Orthodox Church there, the follies of American involvement in the region, and the general situation of Christians in Syria--the best in the Middle East. At the last, though, I noticed that his jaw clenched a bit, as he said: