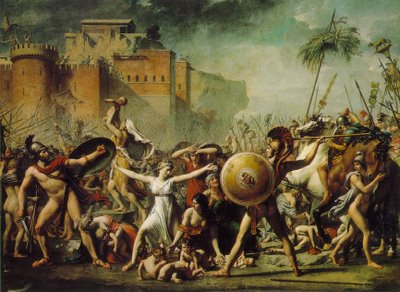 Rod Dreher at Crunchy Con has a number of excellent and timely articles posted today. The most intriguing, to me, is "History Matters," and his link to Daniel Larison.

Larison is a Ph.D student in Byzantine History at the University of Chicago. His post, entitled "History Matters, Even For Those Who Think It Has Ended," can be found here.

Larison begins by quoting Paul Schroeder from The American Conservative, whose full article is well worth reading and can be found here. Schroeder notes that the main intellectual defect in current American foreign policy is the lack of any sense of history...a trained intuitive sense of the way things do not happen. (How they actually happen depends on the evidence.) America’s leaders and their advisers, including some so-called historians and political scientists, not only are ignorant of history and insensitive to it, they despise and repudiate it.

History teaches the attentive student the tragic sense of life, which most Americans cannot grasp at all, and an awareness that some problems are not meant to be solved but are to be endured.

and masterfully (and also quoted in to Dreher post):

History does not repeat itself, of course, but it does provide cautionary lessons to those who would take heed of them. Among them are these basic truths: that great powers sow in the exercise of their own dominance the seeds of their collapse; that no victory is complete, no cause is ever truly vindicated by force of arms, and no defeat is final so long as people retain memory of it; that concentrated power is the ruin of a nation; that natural affinities and attachments to kith and kin are more enduring and powerful than almost any idea or belief known to man; that man has a deep need to worship and find meaning beyond himself, whether in the divine or the demonic; that man is impractical and irrational and will ensnare himself in fetters to acquire what he desires; that most men, if given the chance, will betray themselves and all they hold dear for the acquisition of power.

Untold volumes have been written, either trying to explain or explain away what Larison sums up in a paragraph. His site is well worth visiting and exploring.
Thanks Rod, and Daniel, and Dr. Schroeder.
Posted by Terry (John) at 2:37 PM

As a history major, I am definitely bookmarking that blog.

You and me both!

Also, I didn't know you were a history major. So am I.

Russian and Eastern European - and you?

Yours sounds better. American, here. But that was then. If today, it would be as yours.