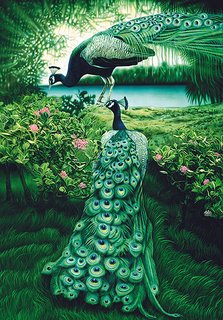 I have recently enjoyed re-reading from one of my favorite theologians and perhaps the greatest American writer of the 20th Century: Flannery O’Connor. To the uninitiated, her tales could be dismissed as Southern gothic grotesqueries. But as someone who has always lived in the small-town South, I find her characterizations are never far off mark. On innumerable occasions, my wife and I have found ourselves sitting around the kitchen table, discussing some situation or another, and remarking that it is something straight out of Flannery O’Connor. Her stories are all about the persistent intrusion of grace and redemption into our world, though never in ways that the protagonists would ever imagine.

I have particularly enjoyed reading her 1954 story, “The Displaced Person.” Often called “D.P.s” for short, the term refers to post-WWII European refugees. The story particular resonates in light of the current hubbub over immigration in this country. Mrs. McIntyre is a strong-willed, self sufficient Georgia farm woman. The Shortleys are the white couple who (mis)manage her operation. Several black farm workers live on the place, as well. Their world is turned upside-down when Father Flynn, an aged Irish-Catholic priest, arranges to place a refugee Polish family on the farm. These hard-working “D.P.s” soon engender jealousy and hostility from the insular farm community—exposing the racism, xenophobia, prejudice, selfishness and just plain small-mindedness of their hosts. The story ends tragically, but through suffering O’Connor forces her characters to face their own “displacedness” and to recognize, however reluctantly, the workings of God in their life. One of the clear messages of the story is that we are all “displaced persons.” None of us are in our true country.

I find two of O’Connor’s symbols of especial interest: a peacock and the priest. I believe that the peacock represents the persistent (and unwanted) presence of the Divine on the farm. In fact, the peacock is something of a rebuke to many of the characters, “his attention fixed on something no one else could see.” All try to ignore it, save the priest. Father Flynn was "glowing with pleasure" when he viewed the sublime beauty of the bird—“a vision for them all.” When the peacock spread his feathers, “the priest stood transfixed, his jaw slack,” exclaiming “Christ will come like that!” and later, “the Transfiguration!”

Of course, Mrs. Shortley will have none of that. The story actually begins with “the peacock was following Mrs. Shortley up the road…” Later, with its tail spread before her “she might have been looking at a map of the universe but she didn’t notice it any more than she did the spots of sky that cracked the dull green of the tree.” To Father Flynn’s admiration, Mrs. Shortley responded that it was “nothing but a peachicken.” Mrs. McIntyre was no better, dismissing the glorious bird as just “another mouth to feed.” She admitted that she kept it only out of superstitious fear, but “when the peachicken dies, there won’t be any replacements.”

Father Flynn represents—on an obvious level--the Church, or at least her testimony in the world, the Gospel. The Southern ladies are equally dismissive of this Church and all his talk about Christ. “Mrs. McIntyre’s face assumed a set puritanical expression and she reddened. Christ in the conversation embarrassed her the way sex had her mother.” She rebuked the priest and explained to him that she didn’t find herself “responsible for all the extra people in the world.” As he would talk to her about the doctrines of the church, she would wonder “where she had ever seen such an idiotic old man.” Yet, in the end, alone and paralyzed, only Father Flynn came to visit, talking to her about the “doctrines of the Church.”

Mrs. Shortley had even less use for the priest and “his visits irked her more and more.” She called him foolish—“He don’t look smart…kind of foolish.” She told her husband, Chancey, of the priest and the Poles, that “these people did not have an advanced religion. There was no telling what they believed since none of the foolishness had been reformed out of it.” Declaring that the priest was planning to “plant the Whore of Babylon in the midst of the righteous,” the undeceived Mrs. Shortley observed that “they’re full of crooked ways. They never have advanced or reformed. They got the same religion as a thousand years ago. It could only be the devil responsible for that.” Yet “she had never given much thought to the devil for she felt that religion was essentially for those people who didn’t have the brains to avoid evil without it. For people like herself, for people of gumption, it was a social occasion providing the opportunity to sing; but if she had ever given it much thought, she would have considered the devil the head of it and God the hanger-on.” Mrs. Shortley compared the priest and the Poles unfavorably to her son, H. C., who “was going to Bible school now and when he finished he was going to start him a church. He had a strong sweet voice for hymns and could sell anything.” She knew “that the Lord God Almighty had created the strong people to do what had to be done and she felt that she would be ready when she was called.”

Foolishness. I understand the mind of Mrs. Shortley--the self-sufficient, self-satisfied myth of “strong people,” secure in their own country. This characterizes much of my own upbringing. The priest and all he represents would have been to me and mine, foolishness. Like Mrs. Shortley noted, our religion had had all the foolishness “reformed out of it.” And the beauty. And the mystery. And the glory. And the humility. To the extent that I have had any spiritual growth at all, it is has been away from my own knowledge, my own logic, my own rationality, my own opinion, and towards foolishness. Thank God for foolishness. Even Mrs. Shortley at the last "seemed to contemplate for the first time the tremendous frontiers of her true country." We all do eventually, one way or another.
Posted by Terry (John) at 10:32 AM

Nice to see you back in good form, John! Flannery O'C. is awesome! In fact I was discussing her with someone last night....

I've not read O'Connor, but your perceptive review makes me want to without delay.

Like Caldonia, I've never read Flannery O'Connor, but your review does make her sound inviting.

Thanks, all. Flannery O'Connor is something of an acquired taste, but definitely worth the effort. My suggestion is to go to Ebay or Amazon and get a cheap paperback of her "Complete Stories." You won't be dissappointed!

Her story "Parker's Back" gave me an incarnational understanding of iconography before I was ready to gain a theological one.