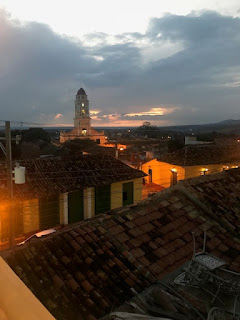 I have always wanted to visit Cuba.  For years, my cousin Selma and I would talk about it at the family reunion every July.  Last summer, she warned me not to launch off across the Gulf of Mexico without at least extending the invitation to her.  And out of the blue, I also learned that my younger son had a keen interest, as well. 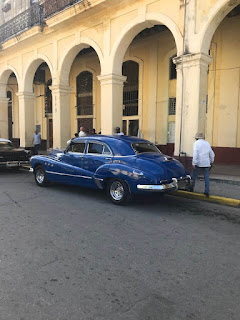 Back during the days of Cuban-American normalization of relations, I worried that once the restrictions were removed, Americans would rush in and ruin everything before I could visit.  In the current climate of abnormalization of, well, just about everything, that now seems a quaint concern.  Then last November, John Bolton started blathering about the "Troika of Tyranny,"  signaling a possible tightening of current restrictions against Cuba, including travel.  How could I not go?
The three of us took advantage of a narrow window of opportunity between the New Year and the beginning of the Spring semester.  Travel to Cuba is inexpensive and easier than we are led to believe, as long as you are prepared to play the game of semantics with our officials, if needed.  So, after 5 days in Havana and 2 days in Trinidad on the south coast, here are, in no particular order other than the first, my thoughts on Cuba, as follows: 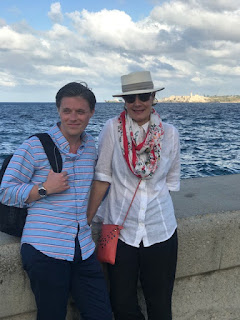 I am sure I can think of other things to say, and when I do, I will update this list.  I am a little under the weather at present, so will draw this to a close.  The best recommendation I can give for Cuba is the fact that, given enough time, I plan to return.  And I have to say something about my two travelling companions.  When it comes to travel, someone has to put the plan together and arrange all the logistical matters.  That would be me.  And then there are those who make things happen once the plan is in play.  That would Selma and my younger son.  I would travel anywhere with either or both of them.
Posted by Terry (John) at 6:39 PM 1 comment: